The Best Places to Spend your most exciting New Year's Eve in Bangkok! 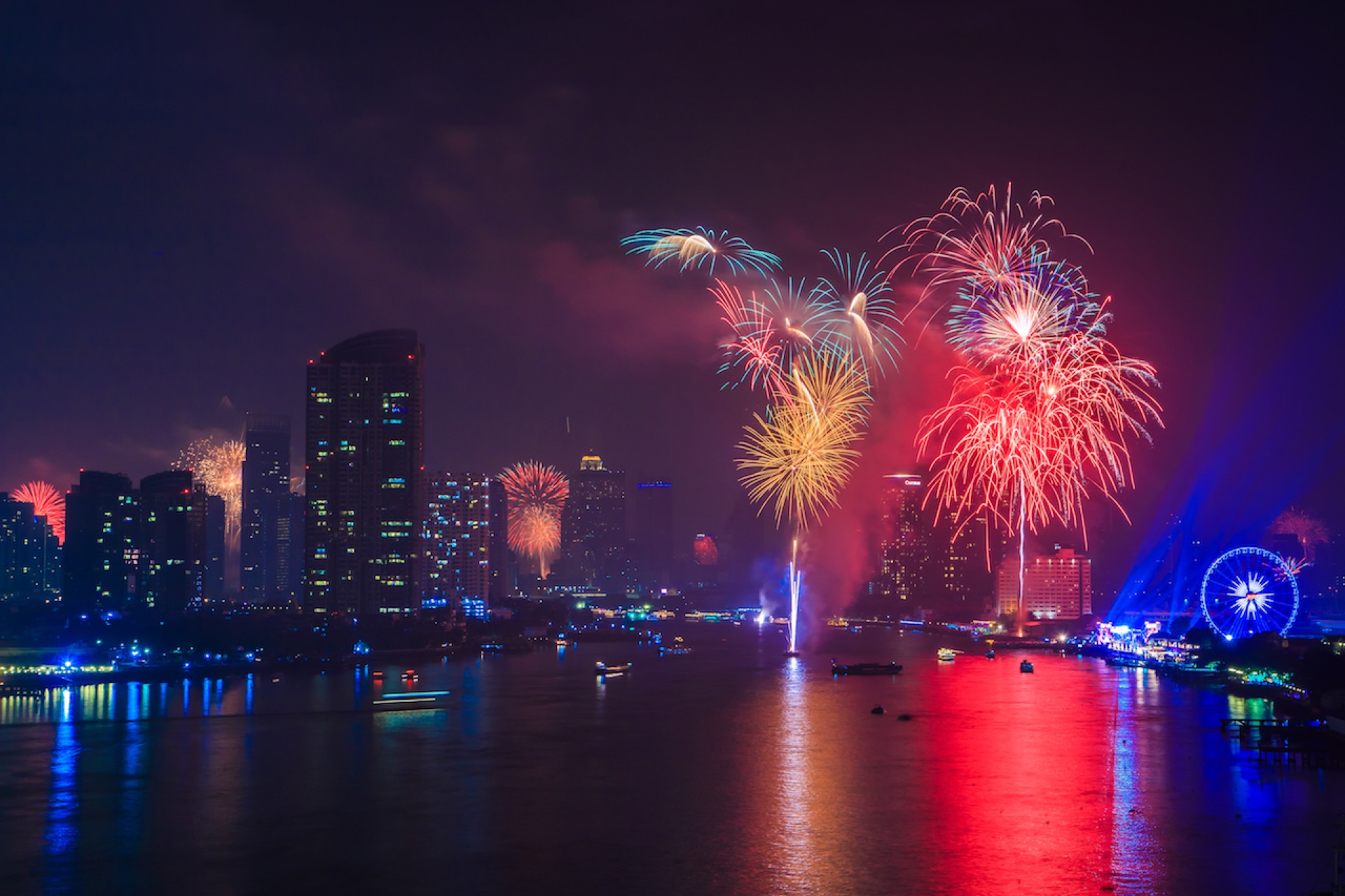 Bangkok is one of the most popular cities in the world for New Year's Eve holidays. Let's find out which are the best places in Bangkok to spend your New Year's Eve!

Bangkok is undoubtedly one of the best places in the world to enjoy New Year's Eve, offering a wide diversity of things to do. In Bangkok, you enjoy from candle-lit dinners alongside its charming river, to private cruises at the river, or a refined cocktail in one of the many rooftop bars of the city.

The city celebrates the Christmas holidays in a lot different ways, and there countless things to do. You can watch a Thai Fight match in CentralWorld, or watch an electro-jazz performance, or, the most impressive one, watch the countless fireworks lighting up the city every year.

Let's discover the best places in Bangkok your New Year's Eve in 2018!

Central World is often compared the Times Square in New York, which is not strange at all. There is a street countdown taking place outside Central World shopping mall every year, whose climax happens in New Year's Eve. Thousands of people gather at the streets, waiting impenitently for the year to change, while breathtaking fireworks welcome the new year with more elegance. Of course, the place will be packed with street vendors and such, which will give you a small taste of the local gastronomy!

Located on the bank of the Chao Phraya Rive, Asiatique is actually a combination of a night bazaar and a mall and currently one of the most popular places in Bangkok to spend your New Year's Eve. Here as well, you may find a countdown starting at 5pm of December 31st. Featuring more than 1500 boutiques and 40 restaurants, one night will not be enough to fully explore this place. Since the place gets pretty crowded, be sure to book a ticket or a table in advance before visiting the restaurants or the live performances!

Check out this collection of hotels with Bars in Bangkok!

This is a very special tour taking place in Bangkok every New Year's Eve, starting at 22:15 and followed by an after party that goes on until 02:30 am. The cruise lasts about 4-5 hours, however, there are scheduled disembark times throughout the night if you want to see more of the city. It's currently the best way to enjoy a romantic dinner while watching the breathtaking fireworks!

Bangkok has the most rooftop bars and restaurants in the world, ideal for couples but friends as well, offering 360 views of the city. During New Year's Eve, the fireworks make the landscape even more breathtaking. On the other hand, we would not recommend to bring small children with you since the noise of the fireworks and their close distance might scare them.

Recommended Hotels with rooftop to stay during Christmas in Bangkok!

Food Holidays: Where foodies will travel in 2020!

Written By:
Travel by Interest Creators' Team
8 Hotels to discover

8 Gay friendly hotels in Greece you should stay this September!

Songkran: A Thrilling Water-Fight Festival marks the beginning of a New Year in Thailand!

Mactan, one of the best islands in the Philippines! | Shangri-La's Mactan Resort & Spa, Cebu

5 Ideas for a Student Travelling for Little Money