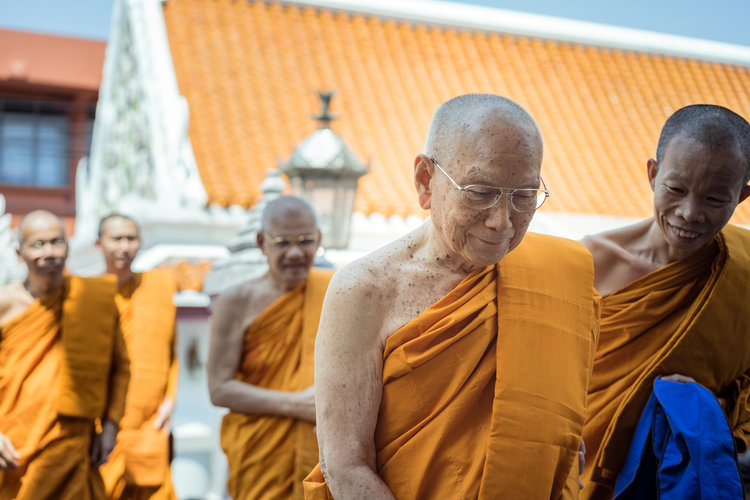 Bangkok temples or “wats” are deeply connected to the Thai culture, and there are over 400 temples located all over the city.

Idyllic Villas in Greece to spend your Summer Honeymoon!

Idyllic Villas in Greece to spend your Summer Honeymoon!

Thailand is a country whose population is 95% Buddhist, so the number of temples in Bangkok, also known in Thai as "wats" are countless. They have both historical significance and spectacular architecture, and most of them include some world-famous statues, such as the statue of the Reclining Buddha.

Take a look at the most popular temples found in the city of Bangkok:

Wat Traimit, the Temple of the Golden Buddha in Chinatown or Yaowarat area,in Bangkok.

Wat Arun, Temple of Dawn, is an important landmark of Thailand.

Inside view of temple Wat Suthat in Bangkok.

Wat Kalayanamitr Woramahawihan is a Buddhist temple in on the the Chao Phraya River in Bangkok.

Wat Ratchanatdaram Temple in Bangkok. The Thai architecture of this traditional Thai pavilion is among the best of Thailand's landmarks.

For a complete luxurious experience, consider booking a tour, offered by 5-star hotels in Bangkok, visiting many of the city’s Buddhist temples and religious hotspots, starting from the spectacular Grand Palace, including the magnificent temple of the Emerald Buddha (Wat Phra Kaew). Be aware that there is a dress code when visiting a Thai temple which usually forbids short skirts and shorts, vests and any type of sportswear.

French Breakfast: 9 Delicious Dishes that Parisians love to eat in the morning!

An 18th Century House in a Traditional Village, Becomes a Stunning Hotel!

Top 4 Ways to Take Full Advantage of Your Summer Vacation

Michelin-Star Fine Dining in One of the Top 5-Star hotels in Crete!

Written By:
Brian Chang
Get the best rates directly from the Hotel
Hotels for All Travellers
Recommend a Hotel for this Collection
- or -
Click Here to register your own Property
Have a hotel in mind that would fit in this list? Send us your recommendation using the below form.
User Login
Don't have an account yet? Click Here to Register
Forgot your password