A Gay Guide to Milan: The capital of Handsome Men & Fashion 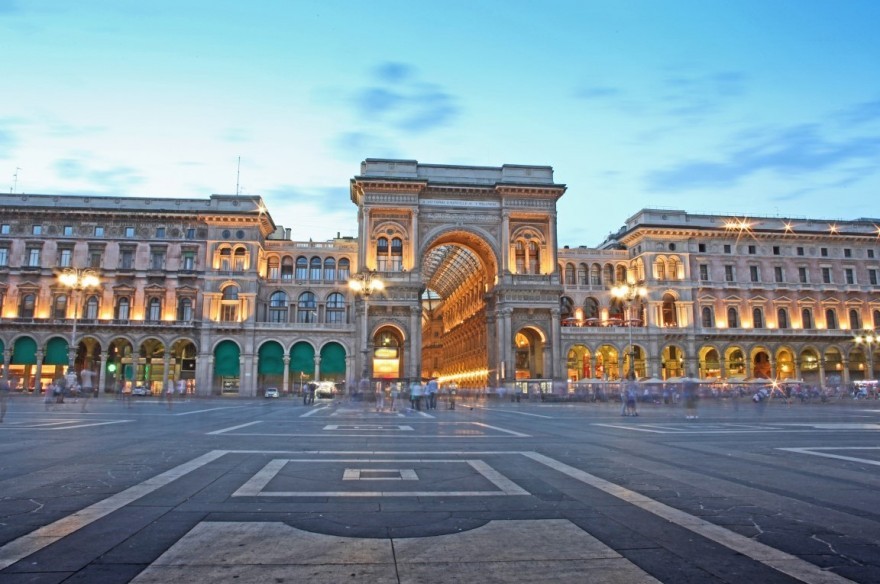 The gay scene of Milan is defined by several aspects of the local gay life like the gay cruising clubs of Milan, the gay cafes, the gay saunas, the awesome gay parties and much more. The Gay Acceptance of Milan is at pretty high levels, some people might consider it higher than the capital, Rome. That's mainly due to the Cosmopolitan character of the city as well as the numerous fashion events that take place in it annually.

Furthermore, Milan happens to be the fashion center of Italy and gay people are known to appreciate the beauty that comes from design and fashion. The majority of the locals are pretty open-minded but don't forget that you are in Italy and Catholic church still influences the country heavily. A discreet behavior is always preferable. Below you will find an overview of the local gay scene of Milano:

Alternative Cafes in Milano: Drink Coffee like a Local!

Well, travelling to Italy and not drinking coffee in a local cafe should be considered a crime and that applies a little more for Milan. Milan is packed with stylish and elegant cafes that you will absolutely love. The majority of the cafes in Milan have a stylish and elegant atmosphere that goes along with the elegance of the city itself. That said you have to keep in mind that in order to drink a good quality coffee at a good price you need to get away from the tourist traps. Even though the majority of the cafes that are popular to the tourists usually serve good quality coffee, they are quite expensive.

Even though Via Sammartini is Milano's gay district, you will be able to find several gay bars in every corner of the city. The gay bars of Milan are pretty interesting as they are quite different from the ones you are used to in other European cities. As expected from a city as elegant and stylish as Milano, the bars follow that attitude as well. The unique architecture of each gay bar gives it a glamorous tone that you can not easily find in your own city.

Gay Events in Milan; Party With All your Heart!

Milan is packed with regular and irregular gay parties and events that sometimes surpass even the parties that take place in Rome. Whether you are looking for crazy cruising parties, hilarious drag shows, hardcore fetish parties or just normal gay dancing parties, Milan hosts a wide range of parties and events that suit all kind of tastes. The fashion shows could also be considered indirectly gay events as during major fashion events Milan is filled with gay and lesbian people making the city a big gay hotspot. Some of the most popular gay events and parties are Milan Pride, Cockette, Expo Milan and Milan Fashion Week 'Milano Moda Uomo'.

Unfortunately, there aren't any exclusively gay hotels in Milan, Although you can find several gay friendly which will surely exceed your expectations. The boutique hotels are very trending among the Gay & Lesbian travelers as well! Furthermore, there are several "gay" guest houses and rooms which are gay owned so they are very friendly towards the gay community.

Gay Cruising Clubs: There is a big diversity of gay cruising clubs in Milan that suit all kind of tastes. These clubs differ from the normal dancing clubs as, in addition to the dancing scene, they also have cruising areas within them with facilities like dark rooms, mazes, private cabins etc. They also organise several gay-themed nights like Naked Parties, Underwear Nights, Leather Nights and more.

Gay Saunas: Milano has a very good range of gay saunas which will far exceed your expectations. They are known for their cleanliness and excellent quality of service. The gay saunas of Milan feature special facilities like jacuzzi, Turkish bath, glory holes, mazes, sauna, massage, upright tanning booth or even small gyms. You might meet some mean behaviors but don't forget that you are in Italy...

Outdoor Gay Areas: Even though the cruising scene of Milan is pretty developed so one might not find any reason to visit public cruising locations, cruising in secluded public places has its unique fun that you wouldn't find in any gay cruising club or sauna. As the Italian gay community is not fully out-of-the-closet, many locals choose to visit public cruising places rather than gay clubs and bars. If you are lucky, you will meet some very hot guys in the cruising areas of Milano!

See the best hotels for Gay Travellers in Italy >>

Say 'I do' in one of the top gay-friendly resorts in Maldives!

A Short Tribute to the Gay Life of Verona in Italy!

4 Impressive Christmas Markets around the World!

A Unique September Getaway Experience in the Maldives, staying at the Lux* South Ari Atoll!

6 Reasons Spain Should Be on Your Travel Bucket List

This Grand Kempinski Hotel will change your sense of Epicurean cuisine!