5 Unpopular Destinations to Travel This Summer 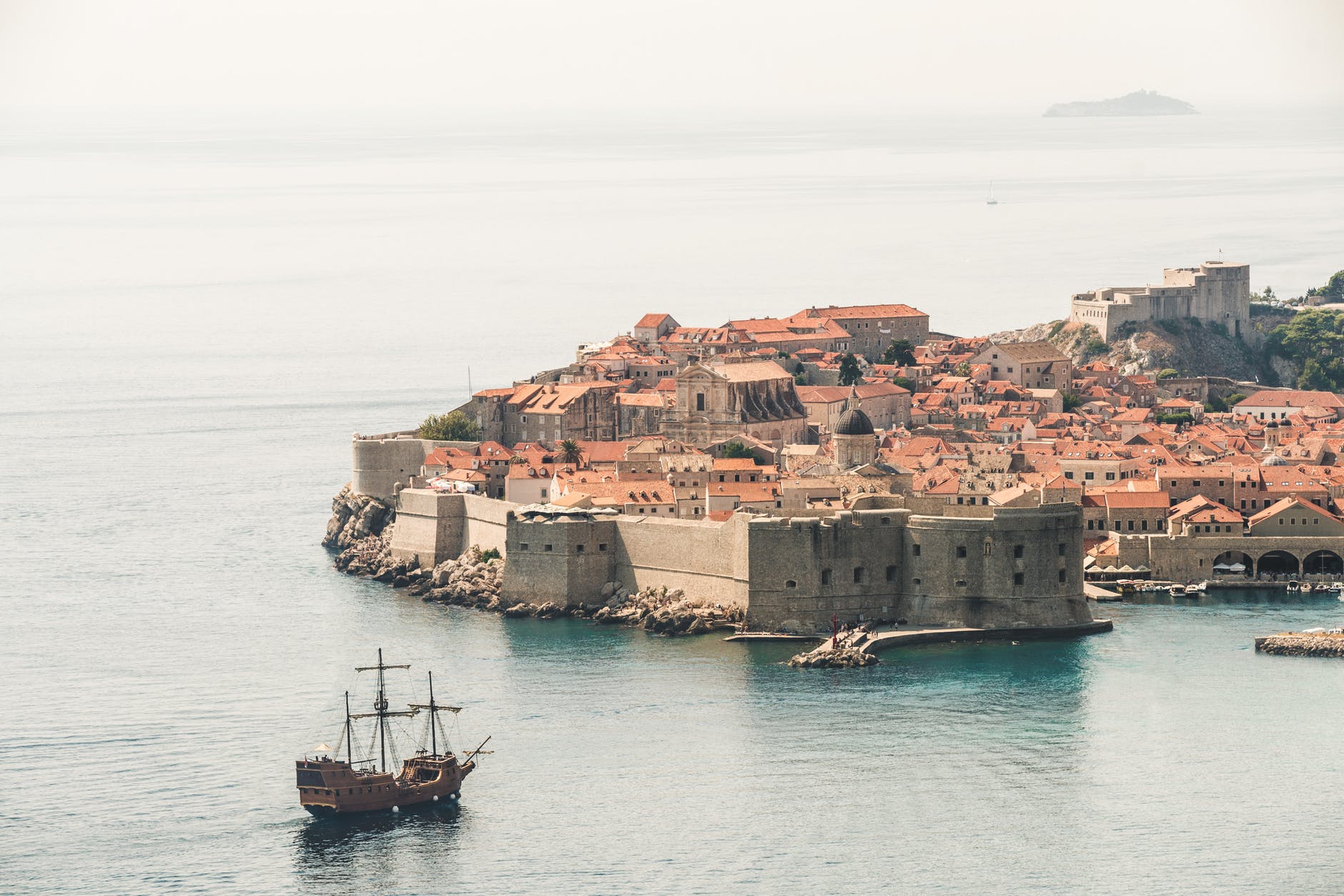 Visiting popular tourist countries and seeing remarkable destinations is an amazing experience, however, huge crowds of other tourists are often a problem.

Some people try leaving their hotels as early as possible to enjoy seeing attractions that get overly crowded during the day. Others just try to ignore what’s going on and enjoy their experience as much as they can. Either way, the overall experience often suffers.

Not a fan of huge crowds, too? Then why not abandon the beaten path and opt for other, less popular destinations? The world still has plenty of stunning places where you can focus on actually enjoying your experience and not worry about huge crowds.

Here are some of the best.

The city of just 25,000 inhabitants, Koper has a picturesque old town and harbor. Those of you who know some architecture will be amazed by the blend of the Italian styled buildings that also retain the Eastern European influences.

There’s plenty of other things to do, including visiting famous wine festivals, local cuisine workshops, bike marathons. Historical Koper always has something happening, so be sure to check before buying your tickets.

And here’s one more tip for you: just a couple of hours away from Koper, you’ll find Skocjan Caves, a UNESCO natural world heritage site.

Visiting this cave system would be an amazing treat for fans of the Lord of the Rings. There, they’ll see that the Mines of Moria are real :)

Over 700 kilometers from Eastern Europe’s most popular tourist destination, Prague, there lies Gdansk. This Polish city is one of the oldest in the region, with the earliest mentions dating back to the 10th century.

Once a part of the German Empire, the city’s turbulent history is evident in monuments, museums, and architecture. Gdansk’s famous Old Town looks absolutely gorgeous, and many neighborhoods will remind you of Amsterdam (that’s because architects from the Netherlands were involved in the construction of the city’s center).

You can also board a wooden ship that will take you across the city all the way to the exit to the Baltic sea. There are many WWII sites that could be found along the way, including the monument of the Battle of Westerplatte.

Besides Old Town tours and ship rides, you can also visit the museums. Gdansk is home to some of the best ones in the region, including The Museum of WWII and The European Solidarity Center.

Gdansk is a year-round destination, and the city is visited only by about 3 million tourists annually. This is much lower compared to the nation’s capital Warsaw and the region’s favorite Prague that receive 9 and 8 million visits, respectively.

Looking for a sunny destination but places like Ibiza and Majorca are too crowded for you? Consider Hvar instead. This Croatian island in the Adriatic Sea has everything you need: the Ibiza-style glamour, excellent beaches, lots of sunshine, and ancient architecture for perfect evening walks.

Hvar really has it all. Old buildings in the city offer great opportunities to explore the history and take stunning photos. If you get tired of wandering around, there are many cafes and restaurants to give you a taste of the local cuisine. You’ll find menus full of seafood, pizzas, pastas, but make sure to try local dishes such as baked lamb, fried squids, and Pašticada (veal, octopussy, and pork). 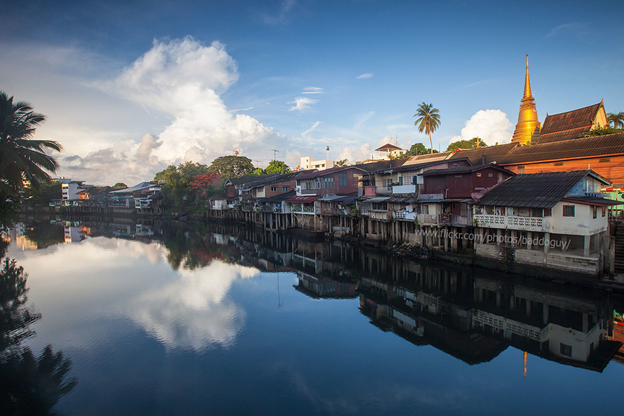 Now, let’s leave Europe and head out to Asia in our search for worthy places. Chanthaburi Province is undoubtedly a great location to check out instead of Phuket and Bangkok. It’s a coastal province some 200 kilometers from the nation’s capital where you’ll find pretty much everything.

From quiet, picturesque beaches to waterfalls, from old forests to stunning riversides, from historic villages to beautiful national parks - Chanthaburi is really an all-in-one destination. Those looking for some nice eats will discover fabulous regional food.

Known for an abundance of tropical fruits and gem mining in Thailand, Chanthaburi is also blessed with scenic waterfalls and a warm climate.

Also, you’d want to know that the province is home to the Khao Khitchakut (Holy Mountain) National Park, where the venerated Buddha footprint is found. For many years, the site has been a popular place for Thai Buddhists despite being opened just a few months a year.

Even for non-religious travelers, going to the site will be an amazing chance to experience the local culture and religious traditions.

A mural in the Ihwa Mural Village. Source: Flickr

This one is for artsy persons and Instagrammers. Just a decade ago, the local government planned to demolish the village to make way for modern buildings but a group of artists managed to make it into something no one was willing to destroy.

Ihwa Mural Village is now a distinct part of the modern metropolis Seoul. It has impoverished origins and stayed pretty much the same throughout the time when Seoul was industrialized and modernized. The large group of artists that were brought in to change the area have completed hundreds of murals and other artworks to turn Ihwa into a tourist attraction.

There’s plenty of amazing murals to see around, so you’ll definitely make a lot of Instagram-worthy shots. Besides, the village offers expansive views of the modern parts of the city, coffee shops, art galleries, and music performances.

The charm of the village atmosphere created by the numerous artworks makes this place a memorable one for visitors of all sorts. Art lovers, tourists, journalists, and writers from the free essay writers list can draw inspiration from the artworks for poems, essays, and stories here.

The locals also visit Ihwa for some quiet time and relaxation.

“This village, detached from the noisy city, has the special power of bringing me peace,” said a young Seoul resident in this interview for The Korea Herald. “It’s not just about the artworks. I love the atmosphere here, which is so soothing and relaxing.”

Most of the tourists arriving in Seoul focus on exploring modern parts of the city. However, if you go see this amazing hidden gem, you won’t be disappointed. The amount of effort invested in making Ihwa a truly unique place is staggering, and you’ll definitely be amazed.

So, here you go, five hidden gems to travel this summer. Most of these are year-round destinations, but be sure to check the best time to go, anyway. For example, Khao Khitchakut is open only for several months a year, so plan your trip accordingly.

Daniela McVicker is an experienced writer with a degree in social psychology from Durham University. Daniela is primarily focused on writing about self-improvement. She has authored a number of insightful and motivating articles like “Making the Right Choices Every Day” and “7 Steps To Open Yourself To New Opportunities & Possibilities”. You can check her last review of Trustmypaper.

5 Unpopular Destinations to Travel This Summer

The Food recipes you should try when in Vietnam

Meet one of the best Gay Resorts for Singles: spoiler alert, it's near Bali!

Exotic photos of Thai Massage techniques, to try when in Thailand!

Gay Portugal: The Rising Summer Destination at a glance!