Gay Portugal: The Rising Summer Destination at a glance! 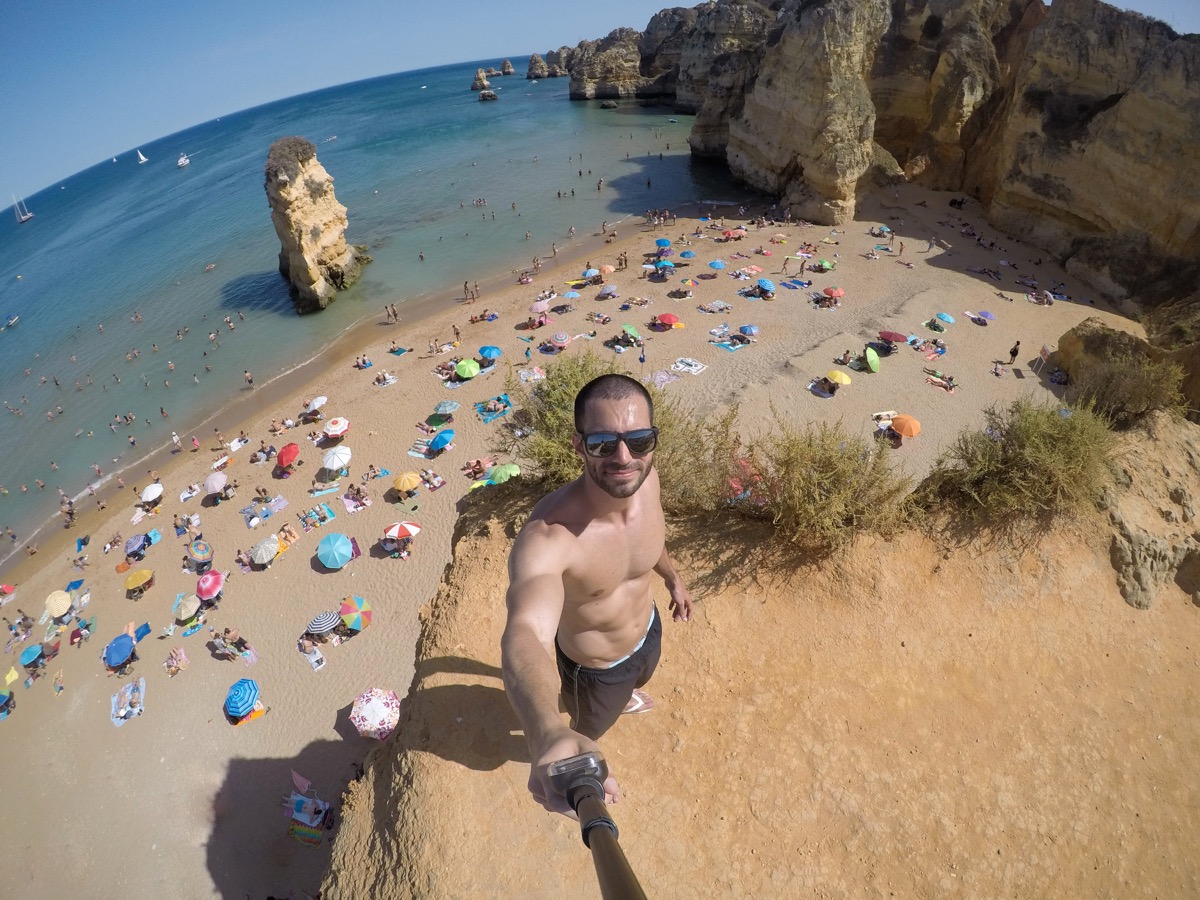 Portugal has somehow escaped LGBTI Community’s attention the previous years, but, there is no denying that searches for “Gay Portugal” in Google are currently on the rise. As an expert in Travel by Interest (a website that specializes in Gay Travel & other Niche Markets), I find it strange how such a liberal destination like Portugal have not caught the eye of the LGBT Community, except its capital: Lisbon. Especially for Summer Holidays, that Portugal seems to have everything that a gay man would seek out from his vacations: Golden-Sand Gay Beaches, Gay-Friendly Hotels, a Capital with vivid Gay Nightlife and an island for Gay Honeymoon!

Zenios recommends: TBI recently had the opportunity to collaborate with LGBTI Business Association of Portugal on the task of promoting Portugal as a global gay welcoming destination. The whole collaboration was an excellent idea of Diogo Viera da Silva, who happens to own the best gay-only hotel in Lisbon, “The Late Birds Lisbon”. During this collaboration, we had the chance to learn more about this charming country, and we are thrilled to share this information with Gay Star News’ audience.

But, first things first: let’s find out the things that make us love Portugal so much.

Wake Up. Take your breakfast at your hotel or munch on some delicious pasteis de nata at the nearby pastry shop. Explore. Roam around the picturesque alleys of Lisbon. Sunbathe at the nearby golden-sand beaches. Capture the Red-tiled Landscape from a Rooftop. Dig into delicious local oyster dishes. Dress up. Hit the dance floor. Make new friends. Party all night.

Let’s have a 360 view of what makes up the vivid gay life in Portugal. Lisbon: The “gay capital” of Portugal

Portugal’s gay queen, Lisbon, boasts an abundance of gay things to do while its gay nightlife is one of a kind. Its super fun and friendly bars stand out for their relaxed atmosphere where you can enjoy your cocktail while socializing. Most gay bars are found in the Bairro Alto area, but there are a couple of gay-only bars outside this area as well.

But, as usually: the real fun starts after midnight. And more particularly at the awesome gay nightclubs where you can dance until 6 am in the morning. Well, it’s all fun and games until Lisbon’s gay cruising scene comes into the discussion. Lisbon is home to several gay cruise clubs and saunas that will allow you to play a bit harder.

Yet Summer holidays without sun is never enough. It is known that Beach 19 is the official Gay Beach in Lisbon and a famous stopover for gay travelers in the capital.

Guys - there is no reason to overthink it, we highly suggest you book your airplane tickets, pick one of the best hotels for Gay Travellers in Lisbon, and start packing for your super-fun gay Lisbon experience.

The Late Birds Lisbon: A Gay-Only Hotel… or, in other words, a reason to visit Lisbon

As Hotel Experts & Vivid Travellers, we know how to understand when a gay-only hotel or resort is worth visiting. And, trust us, if you want the ultimate gay hotel experience, you should look no further than Lisbon’s Gay Urban Resort - The Late Birds Lisbon. Made for the little birds who enjoy socializing as much as clubbing, relaxing on the beach and enjoying various city activities with their besties. Cause, we are a flock of birds, after all, bound to act together and be awesome doing that!

The hotel was built in a way not to resemble a typical hotel. The Late Birds Lisbon Experience is more like visiting your gay best friend’s huge house, who also happens to host some other friends of his. It’s naturally a great accommodation for Single Gay Travellers, as you are going to meet people very easily, but Gay Couples will take a liking to this hotel as well.

The common areas serve great for socializing, like the lounge bar where you enjoy a cocktail with friends or other hotel guests. But, ours and, most probably, your favorite place in The Late Birds Lisbon will be the swimming pool.

Algarve: Beaching, what else?

Rarely recommended as a gay-friendly destination, Algarve comes as a surprise to many gay travelers who decide to spend their vacations there. Honestly, this seaside region is gorgeous enough to charm you any time of the year with its crystal-clear, golden-sand beaches, scenic landscapes, perfect weather conditions, and picturesque towns. What makes it so lovable by the LGBTI community, whatsoever, is its gay-friendly attitude. The locals here are so friendly and open that you will forget that you are in the countryside

If you are searching for gay places in Algarve, you should start from the number 1 thing that Algarve is famous for its beaches. There are various unofficial gay beaches in the area, which might not attract huge gay crowds, but they stand out for their friendly atmosphere. Some noteworthy beaches include Therese, Praia da Mantar Rota, Praia de Faro, Praia do Barril, Praia do Cavalo Preto, Praia Verde, Praia de Santa Eulalia and Praia dos Alemaes Oeste.

Regarding Algarve’s gay nightlife, it’s centered around Lagos, Albufeira, and Portimao. Although we are talking about entirely different destinations, they are all easily reachable by car/taxi. So, we think that you know everything that you should know about Algarve. Just pack your favorite speedo and sunglasses, pick one of the Best Hotels for Gay Travellers in Algarve and embark on the most exotic Portuguese journey of your life.

Gay Madeira has been on the spotlight for gay vacations for quite some time now. Our Madeira Gay Travel Guide is among the few ones that attract traffic any time of the year. And, it’s totally reasonable. The island enjoys all-year-round sunshine which makes it perfect to grab some winter sun during the cold months or escape the cities’ extreme heat during the summer!

Madeira does not boast a gay nightlife but it’s very easy to make new contacts at the local bars and clubs on this island as the locals are friendly and open-minded. Especially during the past two years, many trendy places popped up - especially in Madeira’s gay capital, Funchal. The best place to start a Friday or Saturday night is at the Poncha Bars of Zona Velha. Just make sure not to drink too many ponchas as they are pretty strong.

Lastly, you will find many beautiful beaches on the island, however, none of them is an official nudist or gay. There are a couple of spots, whatsoever, which are secluded and frequented by gay men who want to practice nudism. Asking the locals is the easiest way to find them! Before planning your gay trip in Madeira, we highly urge you to take a look at the list of gay-friendly Madeira hotels, so as to decide easier at which area you are going to stay.

These are the top 3 gay destinations in Portugal, each attracting a different type of gay audience. Have you ever visited one of the above destinations or Portugal in general? If yes, what was your experience? Leave us a comment about your gay experience in Portugal, and tell us which is the next country that you would like to cover for our next article!

Thrilling Activities in Da Nang for Families with Kids!

5 Travel Goals Everyone Should Have in 2018

Gay Italy 2020 | A Gay Guide to the Mediterranean Queen!

A Small Tribute to Gay Life in Cyprus!