HOTELS & RESORTS
Written By: Aris Apostolopoulos | Published on: May 7, 2019 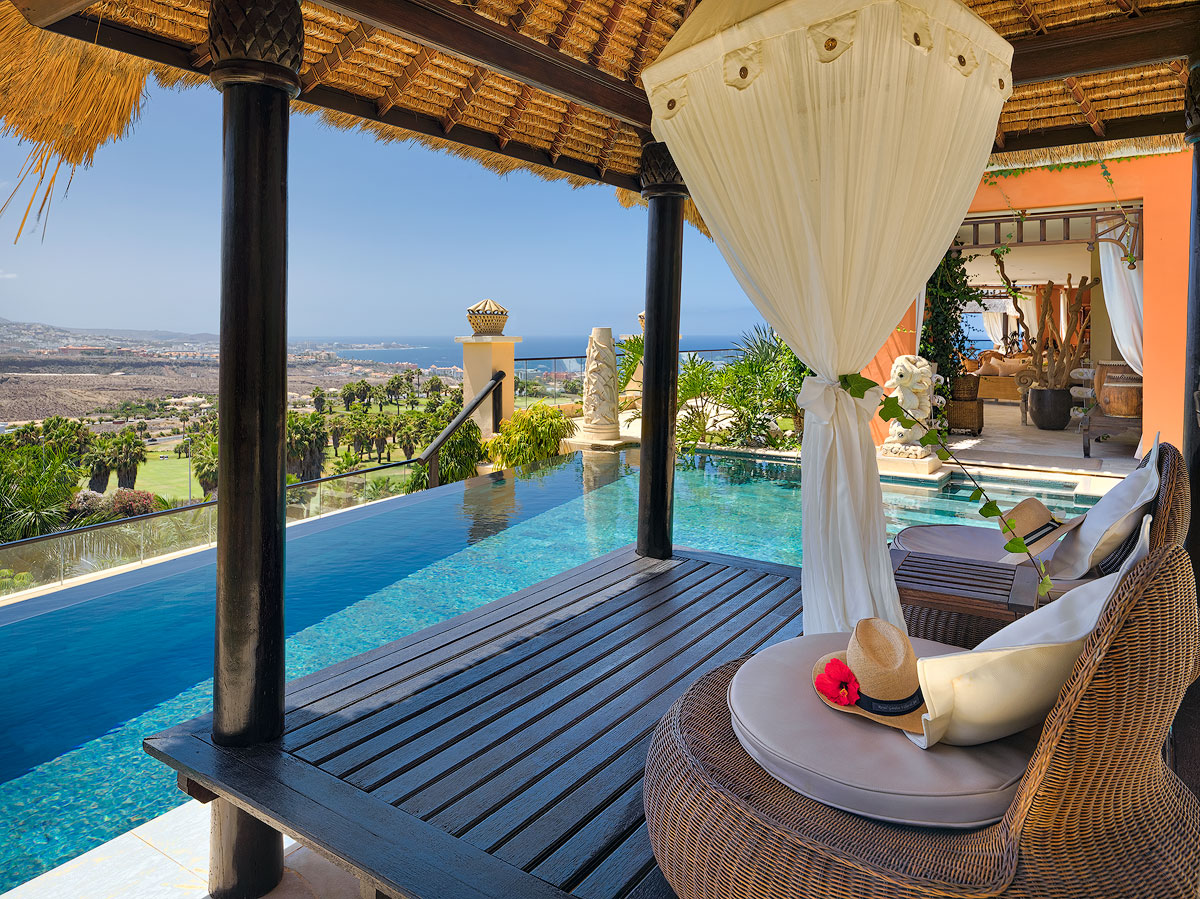 Let’s kick off this story with a tiny little disclaimer here. This is a piece for people who’ve found love and are looking for the best hotels for couples in Tenerife.

We understand that, to all the lonely souls out there, this might sound a bit discriminating. But, generally, there are a plethora of romantic hotels and activities in Tenerife that the destination feels like the perfect romantic paradise.

So, without further ado, let’s start with the top things to do in Tenerife for couples, where to stay, and what makes Tenerife the best place for couples.

Why is Tenerife great for couples?

First things first, Tenerife is the biggest of the Canaries in Spain so get ready for some piece of mind, picturesque towns, but also a lively nightlife scene that cosmopolitan destinations usually have to offer.

In case you wondered, Tenerife is the best Canary island both for young and older couples. Picture romantic beaches and deep blue seas ending in turquoise shores. Beautiful nightclubs and easy lounge bars, all combined perfectly on the “island of a thousand experiences” as locals call it.

For couples, where to go in Tenerife is a question that has a simple answer: Everywhere. Because whatever you decide to do, you’ll definitely experience a top Tenerife couple holiday adventure to reheat your relationship and renew your affection for each other.

5 Things to do in Tenerife for couples

Forget about the best hotels for couples in Tenerife for a second, and let’s just not aim our attention at accommodation — at least for the time being.

Let’s discuss what you and your better half can do when visiting the most beautiful of the Canary Islands.

1. Enjoy a long walk on the beach

If you’ve spent hours looking for the best part of Tenerife for couples, the answer is more apparent than you think. The beach. Any beach.

Is it going to be the sandy, nudist beach of La Tejita? What about Los Gigantes with the black sand and the massive cliffs standing over half a mile above the Earth? Beaches in Tenerife are the best places for couples to enjoy a romantic walk hand-in-hand while the sun is diving into the sky.

The purplish, dreamy colors of the sky will definitely take you back to the night you first kissed. And chasing love is far more important than chasing the best hotels for couples in Tenerife.

You can get tipsy in Tenerife. In fact, we’d suggest that you do so.

Tenerife is famous for its wine varieties that, over the years, have gained momentum as well as praises by the press and award committees. Now, many vineyards on the island offer tours for a complete behind-the-scenes peek at how the famed Tenerife wine is made.

Spend a day at a romantic vineyard in Tenerife, and appreciate the wine and the appetizers in a landscape like out of a dream.

3. Watch the whales of Tenerife 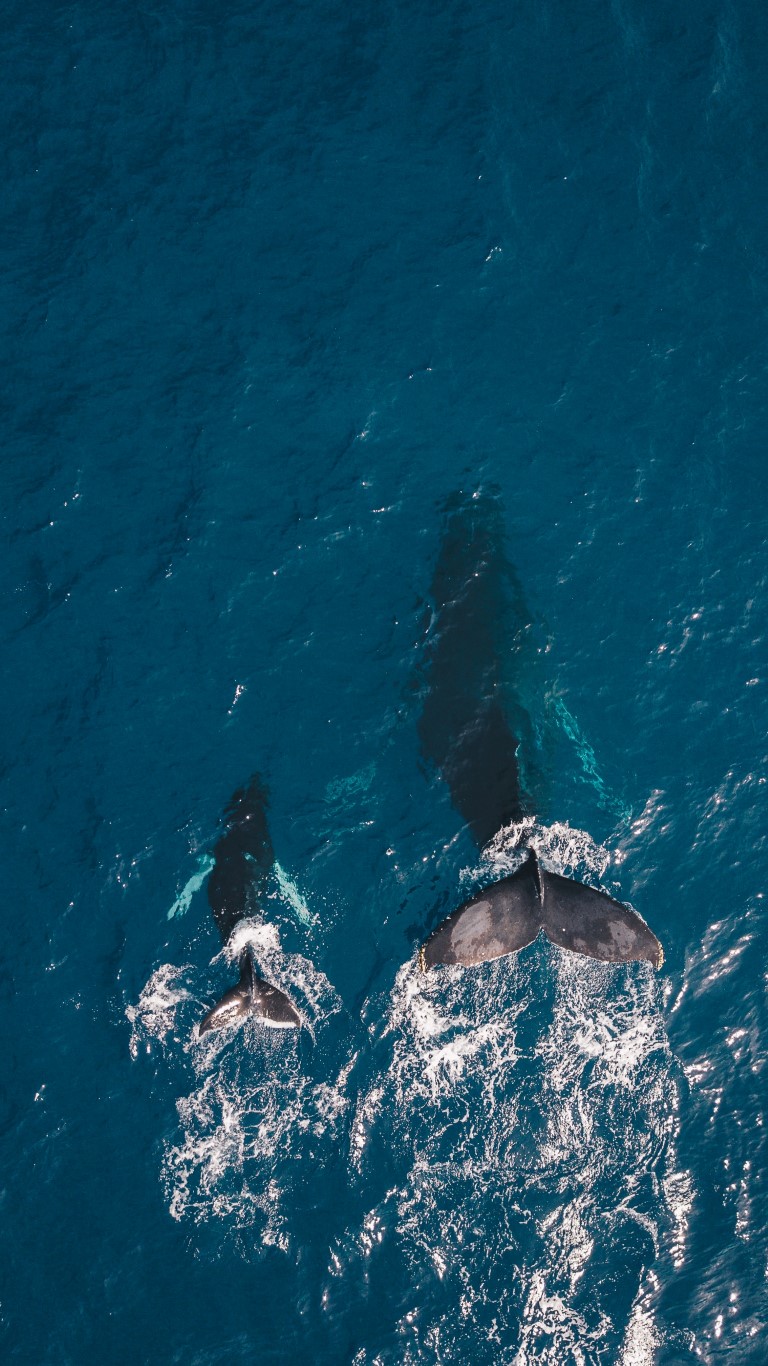 We know. Now, you’re asking yourself: “Whales? How are they romantic? How is this in a list of the most romantic things to do in Tenerife for couples?”

According to a 2006 study, whales have a human-like brain which is wired to romance. So, what’s more romantic than watching one of the most romantic species on Earth while sailing the sea? You would watch them if they were penguins, right?

Get out into the open waters and watch the marine mammals on a boat trip you’ll always remember. Have a glass of wine during your cruise and enjoy the sun, the salt, the wind, the sea, the love.

There’s a spot on the island of Tenerife known for its party scene. It is called “the south.”

If you and your better half get a charge out of dancing and partying, clubs like Monkey Beach Club on Playa de las Americas are excellent to set about your night. Enjoy culinary delights along with a sip of wine to get the party started.

Then, it’s time for Magic, a nightclub where dancing, shows and music take the stage!

5. Catch the stars on Mount Teide (aka the most romantic thing to do in Tenerife)

If you’re a true romantic, you must take some time to gaze up at the skies of the Canaries. Tenerife, an island full of mountains, will bring you one step closer to the stars. But we’d suggest that you go stargazing on a volcano.

Mount Teide, to be precise.

Get the chance to see 83 out of the 88 total constellations that we know today, far away from downtown, the city sounds, or any urban areas.

Reach the top of Mount Teide, deepen affection in the silence, and catch the stars and the panoramic views of the island. The most romantic experience in Tenerife.

Where to stay in Tenerife for couples

You now know everything about the things to do in Tenerife for couples as well as the basics of a fantastic Tenerife couple holiday. But what about the most romantic hotels in Tenerife? Where will you and your loved one stay?

So, you clicked on this article because you wanted to read about one of the best hotels for couples in Tenerife. Sorry but we click-baited you.

Because we’ve got the best one for you.

And our pick is taking a holistic approach. We didn’t want to categorize accommodation by the best hotels in Tenerife for young couples, or newly-weds. We wanted a place where guests can enjoy their love no matter what.

When looking for the best hotels for couples in Tenerife, Royal Garden Villas Boutique & Spa should be the number one resort to keep an eye on. The property is a collection of 28 exceptional villas with private, heated pools, decorated in a way that brings Asia to Europe. What this place does is much more than to set you up for your best night's sleep.

The friendly staff of   Royal Garden Villas Boutique & Spa will help you customize your vacation the way you want by designing a tailor-made plan exclusively for you.

Enjoy a relaxing breakfast by the sounds of Mother Nature at the hotel’s restaurant, Jardín; relax during a thalassotherapy session at the hotel’s Golden Pond Spa; and relish a romantic dinner dished up on plates made of porcelain along with exquisite wine varieties served in crystal glasses. All under the starlit sky.

Don’t get too carried away, though. We know Royal Garden Villas Boutique and Spa is indeed the best hotel for couples in Tenerife and a magical place to stay, but there’s a whole island waiting for you. An island you need to discover.

Where to stay in Naxos for a romantic experience that you will never forget!

An all-year round Luxury & Traditional Gay Experience in Crete

The Absolute Street Food Guide to Athens - Veggies, we got you covered as well!