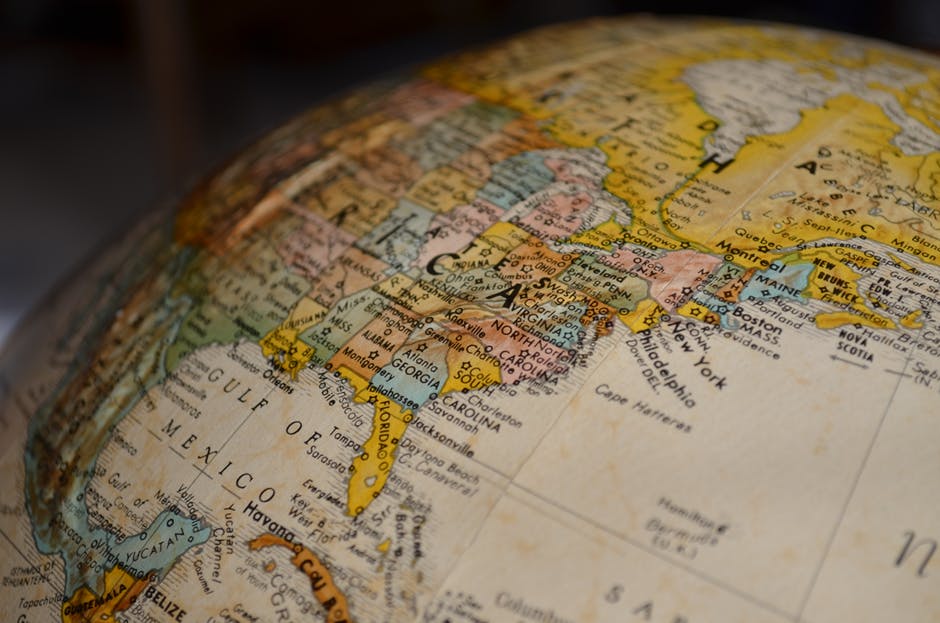 Discover the connection between food and culture, and explore the culinary differences between countries from all around the world!

Luxury suites in famous cities around the world

Luxury suites in famous cities around the world

Hotels and Resorts in Africa for the most adventurous honeymoon

Hotels and Resorts in Africa for the most adventurous honeymoon

Hotels & Villas with pool in Italy

Hotels & Villas with pool in Italy

Romantic Resorts in Greece for couples in Honeymoon

Romantic Resorts in Greece for couples in Honeymoon

Winter Resorts in Europe to step up your "snowboarding" game!

Winter Resorts in Europe to step up your "snowboarding" game!

Food is highly associated with our cultural identities. It can have a social, psychological and even religious meaning to people, while it can also affect the way the world is perceived.

How different foods are eaten across cultures, or how they are prepared, strictly relates to historical events, tradition, daily habits, weather conditions or geographical location.

For the Italians, food is considered a way of relating with each other, among family and friends. It is commonly known, that is you are lucky enough to travel to Italy and find yourself in an Italian home, prepare to receive a constant offering of food and drink. It is considered rude though, to accept any treat at once, but when offered a second time, you are supposed to accept it.

As all countries worldwide, popular dishes and tradition vary from region to region. Typical Italian cuisine, mainly consists of pork, pasta, fish and seafood dishes, nuts and olive oil, prosciutto, truffles, different kinds of cheese and a wide variety of fruits and vegetables.

It is usual for Italian to prepare their dinner using leftovers, and many world popular foods like pizza originated from the idea of cooking with any ingredients a family had in its possession.

As India has one of the largest and richest cultures, food traditions and habits vary according to both region and religion. For Hinduists, cow meat in prohibited, because cows are considered a sacred animal, as it is a source of milk and food. Islamic and Muslim families tend to completely avoid pork meat and all pork products, as they are forbidden by religion.

Food ingredients found broadly in the Indian diet are wheat, basmati rice and chickpeas and food is always served seasonings including curries and spices, ginger, coriander, cardamom, turmeric, dried hot peppers, and cinnamon. Chutneys, thick sauces made from herbs, fruits or vegetables, are also widely consumed throughout the country.

Traditionally Indian food is eaten with fingers, with bread used as utensils, and that is the reason why Indian serve bread in large quantities. The idea behind this habit is that you need to feel the temperature of the food before tasting it, while it also helps to combine different flavours, all in one bite.

Japan: a cuisine with style!

We can all agree that Japanese food is all about preparation. Flavours and ingredients vary according to season and every meal prepared includes carefully selected ingredients. Each plate gives the impression that is a work of art, and Japanese chefs like to combine the dish’s flavours, with its colours, for an exceptional outcome.

In the 6th century, when Buddhism firstly introduced to Japan, eating anything derived from animals was prohibited, so a more vegetarian style of cooking started to be practiced among the Japanese. Later on, on the 16th century, the first Europeans started to arrive in Japan, influencing the cuisine and introducing ingredients and cooking techniques common in the West. The Dutch introduced corn, potatoes, and sweet potatoes and the Spanish along with the Portuguese the tempura.

Germany: Bratwurst for all!

Germans are big fans of rich meals that include meat. Pork, beef and poultry, are among the most popular ingredients used in the German cuisine, usually consumed as sausages. There are more than 1500 different types of sausage in Germany.

Because of its geographic location, Germany has been greatly influenced by neighbouring countries and historical events. In past years, there were a lot of Italian ice cream makers, coming to sell their products, whereas later, in the 50’s the Italian cuisine had a big impact on the German culture, as pasta and pizza had become two favourite food items, with pizza restaurants opening one after the other, all around the country.

Greece: history on your plate!

Greek cuisine is one of the richest, dating back to ancient times. The country’s location based on the Mediterranean culture. Some of the ingredients used in the Greek way of cooking are olive oil, grains, cheese, fish, fruits and vegetables, dairy products and meat varieties (white and red, including lamb, poultry, rabbit and pork).

It is a cuisine influenced mainly by the Turkish culture, and they share the majority of their traditional dishes and foods, such as baklava, tzatziki, gyro, moussaka, dolmades, yuvarlakia and keftedes. We can also find dishes coming from ancient Greece: lentil and bean soups, retsina (white or rosé flavoured wine) and pasteli (candy bar with sesame seeds baked with honey).

Greek breakfast is one of the most famous breakfasts worldwide. It is considered one of the richest and most delicious choices for your morning meal!

Mexican cuisine began 9,000 years ago, since the first Aztec communities started to appear. Around that period chili peppers, honey, salt and chocolate found its way into what we call today, Mexican cuisine.

Corn is a basic ingredient in their diet, and they use it to make the popular tortillas. Peppers, tomatoes and beans and rice is also mainly used in cooking. Mexican cuisine has influenced the global food market, as many of the ingredients we use, nowadays, such as avocados, chocolate and pumpkins, originated in Mexico.

In addition, Mexicans have a favourite alcoholic beverage, the tequila, and they are proud of it! Tequila, is made from agave cactus, found everywhere in central Mexico. There are now more than 100 distilleries producing over 900 brands of tequila, and over 2,000 registered brand names.

Lebanon: an abundance of ingredients!

Their rich cultural history and the country’s position on the map, has helped the Lebanese people to create the most popular of all Middle Eastern cuisines. Influenced by a number of foreigners, throughout different periods in world history, Lebanon has managed to include a wide variety of foods and ingredients, significant for their diet.

Olive oil, wheat, baklava (a sweet pastry dessert), laban (type of yogurt), fruits and vegetables, nuts and lamp meat, are some of the most favoured components of the Lebanese cooking, taken from the Ottoman Empire before France invaded Lebanon and brought foods such as flan (a caramel custard dessert) and croissants.

In ancient times, the Lebanese and other Middle Eastern cultures, were the first to develop techniques in order to carry food with them, throughout their journeys across the dessert, so to keep it from spoiling. These foods were mainly dates, rice and a variety of seasonings.

So no matter where you come from or where you live, you have to agree on the fact that we are deeply connected to our culinary traditions, as food plays an important role on our personal identities. Therefore, we all must try to understand and respect food traditions and differences, in order to connect with each other and celebrate our food culture.

Tips and ideas on how to organize the best New Year’s Eve party!

The top Asian Beach Hotels that will blow your mind!

The Best Phuket Spa to Visit for the ultimate Exotic Detox Journey in Thailand!

A Photo Collection of Natural Hot Springs around the world, for a relaxing getaway!

Eco is the new trend & Olive Green brings nature inside its rooms!