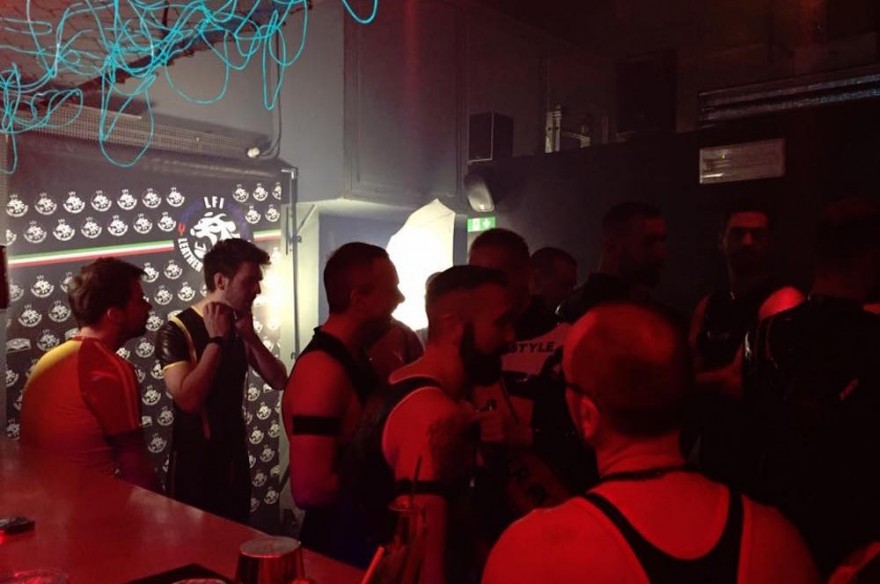 Gay cruising in Italy means many things; gay saunas, gay cruising clubs or even public gay hotspots where hot men gather to relieve themselves from everyday stress. You will be able to find a cruising spot in every corner of Italy but these are the major cities and towns with the most organised gay cruising scene.

In Rome, you will find a wide range of cruising clubs that have many facilities like mazes, dark rooms, movie screens, cruising areas, a bar to relax etc. These clubs frequently organise themed events like "all-naked" or "underwear" nights. Gay saunas in Rome are also pretty developed with advanced facilities that will get you relaxed. Even though the atmosphere in the gay cruising clubs is much more intense, the relaxed atmosphere of the gay saunas is much hotter than you would ever imagine.

See the best hotels for Gay Travellers in Rome >>

Maybe the only city in Italy that hosts a gay cruising scene that could be compared to Rome's. In Milan, there is also a big diversity of gay cruising clubs with themed nights and facilities that suit all kind of tastes. The best way to describe Milan is that it is like Rome... just a bit kinkier! There are also several excellent gay saunas in the cities which offer a more alternative type of entertainment in a relaxing and steamy atmosphere. Just as in Rome, there are several outdoor cruising spots in Milan but the gay cruising scene is so developed that they are not very popular.

No wonder why Bologna is one of the most popular Italian cities to the gay audience, as, except its endless beauty, Bologna also features a pretty vivid gay cruising scene that will more than satisfy you. Gay Bologna definitely includes cruising within it. There is a gay cruising club called Bar't with two floors, a dark room, a maze and a bar to have a drink. Even though the gay cruising scene is pretty well-developed, there is also some action going on the outdoor cruising spots so.. why not?!

In addition to the beauty and high historical value of Florence, as it hosts several remarkable historical and natural landmarks, it's a city that will get you pretty excited with its gay cruising scene. There are a couple of gay cruising clubs, Crisco Club & Fabrik Firenze, that have some very good and clean facilities and host several themed nights. There is also one sauna, Florence Baths, that offers a more relaxing and steamy fun. There are several outdoor cruising spots but we would recommend you to be careful.

There are a couple of gay cruising clubs in Naples as well, called DEPOT Napoli and The Basement, that will give you some very good opportunities to meet other gay locals and travellers. They also have advanced facilities like sling,b ar, lockers, play areas, private cabins etc. There is currently one gay sauna in the city of Naples called Sauna Blu Angles. It has three floors featuring a Turkish bath, relaxing cabins, Finnish sauna and more.

See the best hotels for Gay Travellers in Naples >>

Exploring Ubud Art Market & other Things to do nearby!

The Ultimate Guide to Road-tripping in Style

Amazing activities in the Maldives that will re-shape your vacations!

Unforgettable Holidays in Tenerife starting from a luxury resort in Costa Adele!

Written By:
Travel by Interest Creators' Team
12 Hotels to discover

5 Under-The-Radar Locations That Are Worth A Visit