Lageri Beach: The Gay Beach of Paros with the lovely turquoise waters and beautiful men crowds! 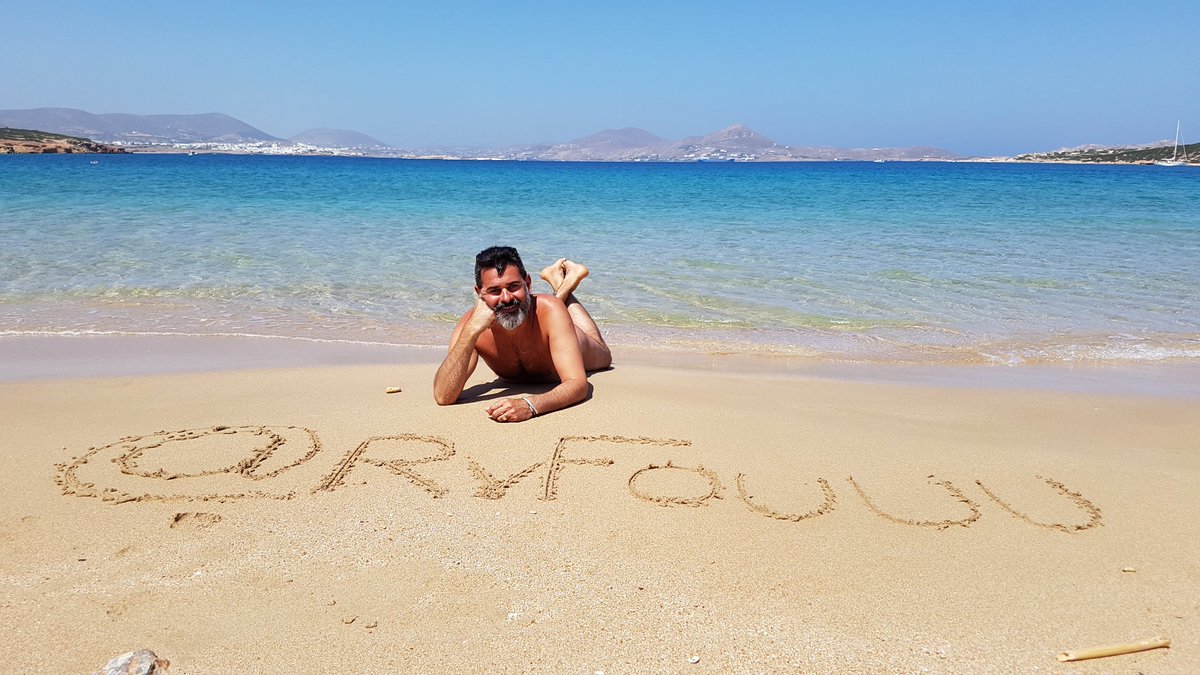 Planning your gay holidays in Paros? It's high time you met one of the best beaches of Paros, Lageri Beach - also known as one of the very few gay beaches on the island

Luxury hotels for honeymoon on the Thai islands

Luxury hotels for honeymoon on the Thai islands

Found yourself on Paros Island and you are searching for a place to relax, sunbathe and escape the hot weather? Or, are you just searching for gay-popular places and things to do in Paros before visiting this beautiful Greek island? No matter which description suits you better, you must definitely learn about Lageri Beach, one of the most popular gay beaches on the island. But before heading to explore Laggeri Beach, let's talk a little bit history!

There are two reasons why we love Alexandros Studios & Apartments in Paros. The first and foremost is its gay-friendly attitude. The owner is so friendly, it's like you are visiting your Greek best friend (as it seems, Greek Hospitality has not died out completely yet). Also, the host's wife, Litsa, is excellent hostess, always willing to help and cater to your requests.

Other reasons to love Alexandros Studios & Apartments is its excellent view over the sea, its super clean and tidy rooms, and the traditional and flavor-packed breakfast. If you are still hesitating, let us inform you that it has a 5/5 in TripAdvisor with more than 600 reviews. Lastly, it's pet-friendly, so you can also bring your furry friend with you!

Paros Island: the place where homosexuality was once celebrated!

The sun kissed Greek island of Paros is known for its acceptance of the gay community since ancient times, when regiments of Amazons marched bare breasted. Homosexuality was accepted and honored, and male lovers would often fight to avenge their man. This gay-friendly attitude, whatsoever, never ceased to exist. The locals have always been open-minded on their sexuality, while Parians seem to be kind fond of gay people.

That said, Paros gay life has still a long way to go, as it's quite underdeveloped, featuring no exclusively gay venues around the island (not even in the capital). Of course, most of the places on the island are gay-friendly. Some popular ones which attract mixed crowds are Fotis and Tonic in Naoussa. Last but not least, they are many gay people living in Paros, so there is a compact gay community on the island. Of course, summer finds Paros packed with gay visitors, and Greeks visiting from the capital and the rest of Greece.

So, let's discover the most popular gay beach on Paros Island, Laggeri Beach, alongside other gay-popular beaches which work as gay alternatives.

Alexandros Studios & Apartments: The Best Room to Stay according to your needs!

There are seven room types available at Alexandros Studios & Apartments and they are all great for up to two people and one child. There are four rooms available at 25m2, which are the double room with courtyard, the double studio with sea view, the deluxe double room with spa bath, and the junior suite with veranda or couryard. As you can see, every room has something unique to offer.

A little bigger are the Superior Rooms with Veranda Street View, and the Superior Room Sea View, which spread through 28sqm. Lastly, the Apartment is the largest of the available rooms, and it's indicated for small families. So,   book now at Alexandros Studios & Apartments and secure a place at the best hotel in Paros for Gay Holidays!

Laggeri Beach: is this the gay mecca of Paros?

Absolutely, yes! Laggeri Beach is a quiet beach located near Naoussa, one of the biggest towns in Paros. It's one of the most gay-popular beaches on the island, and the only one that is shown on the results when you search Gay Beach Paros. According to capnbarefoot's 2019 report, the beach is still 100% nude, attracting mixed crowds of gay and straight couples. The peak days are Saturday and Sunday, while most gay men are spotted on the southern part of the beach (nudist section).

Of course, Laggeri is not the only gay popular beach on the island. There are plenty of clothing-optional beaches on Paros, which are frequented by gay travellers. Some notable examples are Perikopetra Beach near Monastiri Beach, Mesadha and Kolimbithres Beaches. In addition to those beaches, there are also plenty of coves and small beaches around the island where you can relax and enjoy the sun "wearing" your best dress!

The Absolute Gay City-Break in Lisbon: Exclusively for Men!

Romantic things to do in Rome while staying in a luxurious apartment in the heart of the city!

Enjoy a Luxurious Vacation in Australia