The Absolute Gay City-Break in Lisbon: Exclusively for Men! 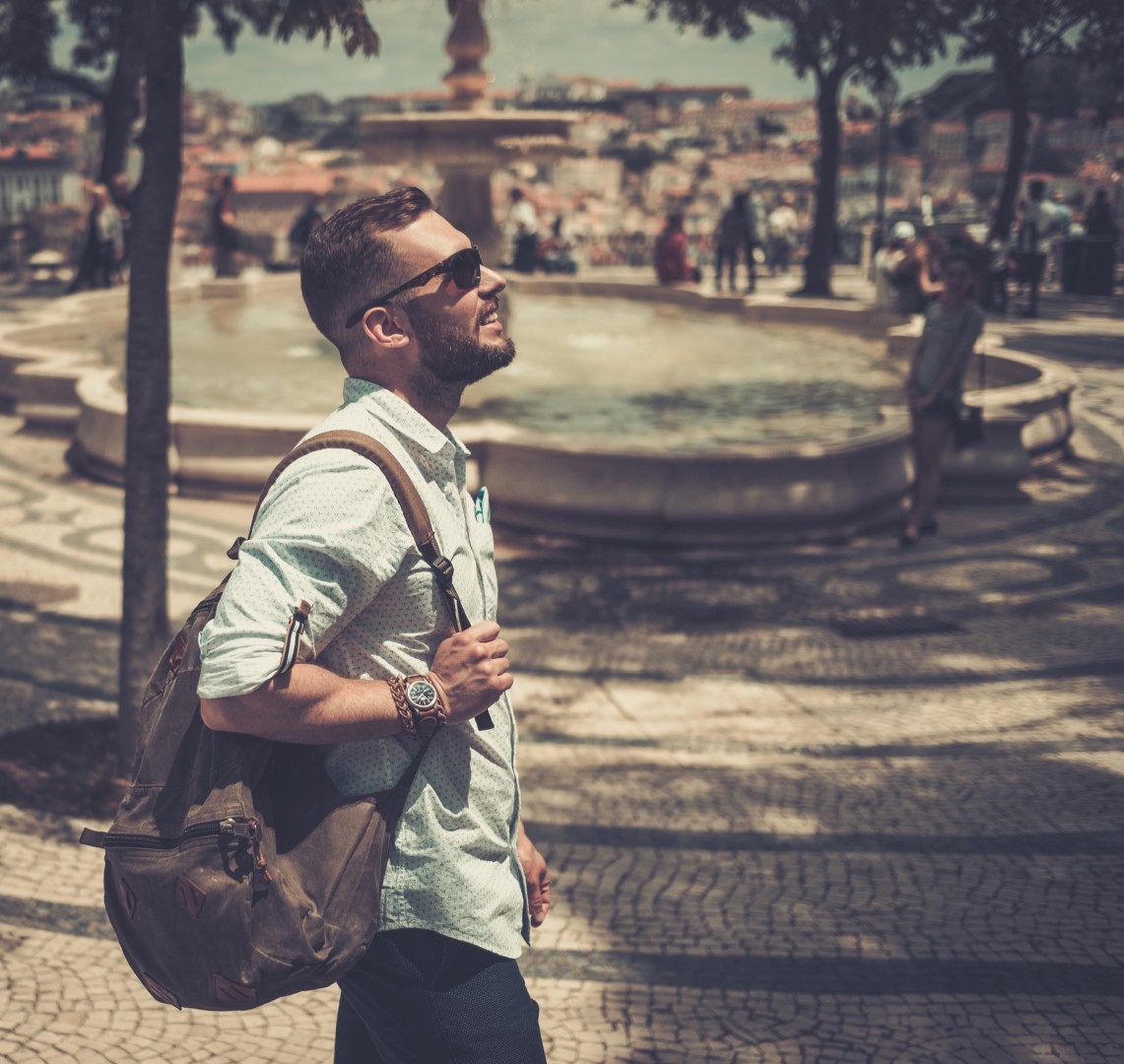 Let's explore the fascinating gay life of Lisbon as well as some Must-Dos if you happen to visit during Christmas!

Furthermore, we could not but mention the numerous gay hotels around the city which will definitely upgrade your staying experience, while they will let you bring a friend or two after a night-over! ;)

Let's discover one of the most important aspects that make Lisbon such a beloved gay destination... which is not other than its over-developed gay scene, featuring gay bars, gay clubs, gay cruising clubs, gay saunas, as well as a couple of gay beaches.

The gay bars of Lisbon are located around Bairro Alto and Principe Real while they get pretty crowded from 11pm to 2am. The majority of them stay open until 3 to 4 am!

★Tr3s Lisboa - This have to be the most popular gay bar in Lisbon, and a gay meeting hotspot for every local gay man in the city. It opens daily from 4pm to 2-3 am, while its outdoor terrace is a popular after-work hangout spot.

★Bar 106 - This is one of the oldest gay bars in Lisbon, and a great venue to make new contacts since it was designed for people to socialize easier. It hosts various events while the staff is surprisingly friendly!

★Woof LX Bar - The name of the bar is enough to realize what type of gay audiences it attracts. It started as a small gay meeting point for bears, otters and cubs, however, it became very popular pretty soon, becoming the most popular gay hotspot for bears in the city.

★Espaco 40e1 - A cozy gay cafe/bar where you can enjoy your evening coffee or cocktail in a laid-out atmosphere. It attracts mixed crowds!

Since the majority of the gay bars in Lisbon close at 3 am, the gay clubs are essential for a complete gay night. Here are the best gay night clubs and events of Lisbon!

★Trumps - Trumps is regarded as a mainstream gay venue in Lisbon, usually getting crowded at 2 a.m. There are currently two stages in the club, one for popular pop hits and another one for house music. There are also various events taking place as well!

★ Construction - This is a huge club that lays within 3 stages, two of which are for dancing and one is used as a dark cruising area. It works from 12 in the midnight up to 06 am in the morning. It mostly attracts gay daddies, muscles and bears!

★Finalmente Club - This club is best known for its drag shows which usually start around 3am, when the club is most crowded. Even if the drag shows are not your cup of tea, you are going to live this place.

★Together - Last but not least, we have left a gay party that takes place every week in various dance clubs. It's currently the largest gay dance party in Lisbon with a different theme each week and hot go-go dancers.

★Bar Cru - Among the most popular gay cruising clubs in Lisbon, Bar Cru will definitely get your out of your clothes. It's a relatively small bar with only one stage, so you should be ready for the real thing when you enter the bar!

★Trombeta Bath - Everything you might except from a sauna can be found in Trombeta Bath. The entrance fee is at 15 euros and it includes towels, a locker, flip flops, condoms and lube. The sauna is prety busy late-night weekend and Sunday afternoon!

★Olissipo Bath - It's the newest gay sauna in Lisbon, featuring a bar, a dry sauna, Turkish bath, private cabins, a large jacuzzi as well as massage services and an adult shop. It mainly attracts mature guys!

A Gay Weekend in Lato Boutique Hotel in Heraklion!

A Santorini Family House for bonding holidays with your family!

How To Prepare Your Vehicle For A Smooth Road Trip Experience

See the Best of New Zealand on Your Road Trip

Written By:
Diana Smith
Get the best rates directly from the Hotel
Hotels for All Travellers
Recommend a Hotel for this Collection
- or -
Click Here to register your own Property
Have a hotel in mind that would fit in this list? Send us your recommendation using the below form.
User Login
Don't have an account yet? Click Here to Register
Forgot your password