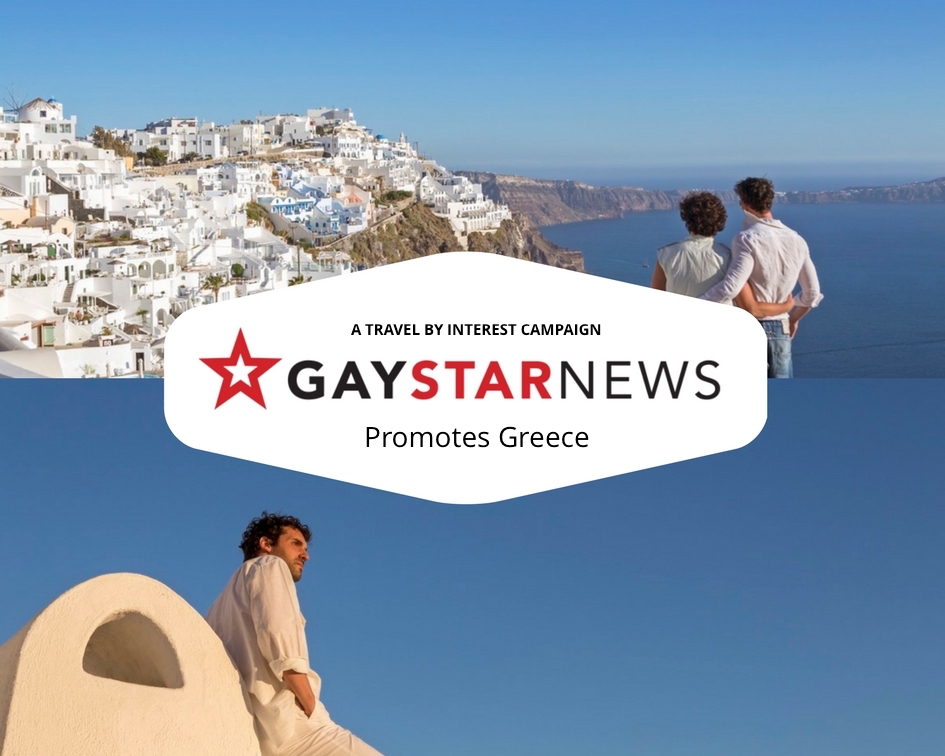 Travel by Interest collaborates with the most important Gay Media in the UK, in order to increase the demand for its collaborating Greek hotels.

Gay Star News, the biggest and most important Gay Media in the United Kingdom, with more than 1.000.000 monthly visitors, recommends Greece as the ideal destination for Gay Holidays in September. This initiative is part of Travel by Interest’s international campaign, September in Greece.

In collaboration with the Editors of Gay Star News, Travel by Interest’s Hotel Experts have selected 10 ideal destinations for Gay Holidays in September. Among others, they have included unexpected destinations such as the islands of Alonissos and Folegandros as well as Halkidiki peninsula in Northern Greece. After all, the team of Travel by Interest always tries to showcase new destinations, for satisfying the large number of repeating Gay Visitors to Greece, who are always keen on discovering new and alternative places to spend their holidays. The list also includes Top Destinations such as Crete and Santorini, and, as expected, the campaign features the island of Mykonos, one of the most popular gay destinations in the world.

At the same time, the selection of 10 special hotels for Gay couples, presents a great interest and supports Greece’s perspective towards this dynamic market even more. According to Mr. Nikos S. Morantis, co-founder of Travel by Interest, Greek Hoteliers have proved their Gay Welcoming character and are proudly included among the most open-minded and modern hospitality professionals in the world. Among the featured properties, we see unique hotels such as Carpe Diem Boutique Hotel in Santorini, the alternative Colors Urban Hotel in Thessaloniki and the new and luxurious Domes Noruz in Chania, Crete.

The Gay September in Greece initiative will expand its activities throughout September, with a dynamic online campaign.

The 10 best hotels in Greece for Gay Travellers:

The "Best Romantic Hotels Around the World" for 2019 are coming to Travel by Interest!

A new Christmas Hotel Concept is coming to the reborn Travel by Interest!

Hotels in Asia: What are travelers searching in Google?

Best Hotel Breakfast around the World!

The Rising Adults-Only Design Hotel in Naoussa of Paros!

5 Best Ways to Pass the Time During the Long Travels

Did you know that Thailand is home to 5 stunning Gay Beaches? Check them out here!